All Collections
Watch Your Hack. Protect your password and keys.
What are hackers 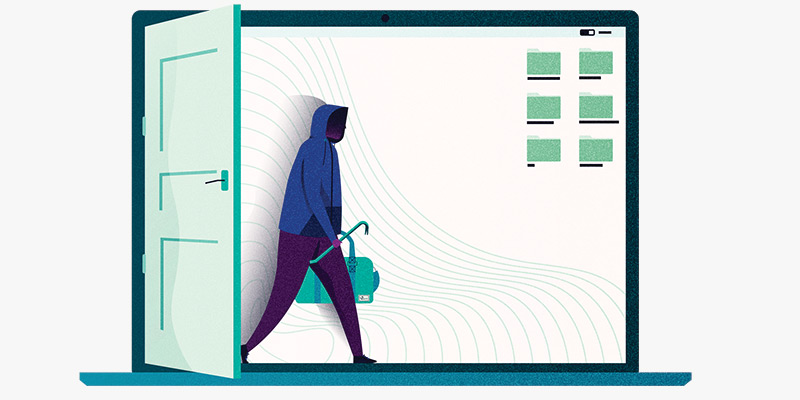 Hackers generally exploit vulnerabilities on the internet or in the devices we own. There are roughly two kinds of hackers: white hat and black hat. White hat hackers 🤠 seek out (and sometimes publish) vulnerabilities to get companies to fix them, making the internet a little bit safer, one discovery at a time.

When the media covers hackers, it’s usually black hat hackers😈. The kind without good intentions, who might be looking for ways to steal money or gain access to devices to spy on people. They could also be interested in sensitive files, such as nude pictures or a copy of your passport.

There are also hackers who try to gain access to other people’s devices for, well, fun. These (mostly young) people think of hacking as mere mischief. They should still be taken seriously though, despite their seemingly innocent motives.

Finally, some hackers work on behalf of governments. Hackers employed by secret services 🕵️ or the police 👮 are the most dangerous kind, but pose no threat to most people. They usually hack terrorists, criminals and hostile regimes.

How do hackers usually get into your devices, computers and online accounts?

Hackers often start by stealing your password. Sometimes there just isn’t much you can do about this. If a website where you have a profile or account gets hacked, for instance, hackers could use your password and attempt to log into your other accounts, such as your Gmail.

You might have also given out your password by accident. This happens via phishing, which is a type of internet fraud that criminals use to try and get their hands on specific login information. You’ve likely received a phishing email before. This might have been a fake message about your bank account being blocked or a reminder about a non-existent bill you haven’t paid.

Hackers also use email attachments. When you open an attachment that contains a virus, your computer gets infected. This method is often used for spreading ransomware: a type of virus that renders your device inoperable by locking all of your files. The hackers will then demand money in exchange for handing over control of your files back to you.

Viruses - also referred to as malware - also spread through downloads such as torrents or installation files for a piece of software you want to use. You might think that you’re downloading a movie or some software that helps keep your computer fast and tidy, but in reality, you’re endangering yourself by reeling in a virus.

A virus could also just end up on your computer through online ads and websites that have been hacked. Even trusted websites can, unknowingly, spread viruses. If you don’t update your software and your computer, you’re at risk of being infected by these kinds of viruses.

Hackers can also infect your computer by using a flash drive. This method is less prevalent, but still poses a substantial risk. It could be a flash drive that you just ‘found’ on the street or that was given to you by someone. Anyone with harmful intent can just pop one into your computer if you’ve gone off for a quick toilet break.